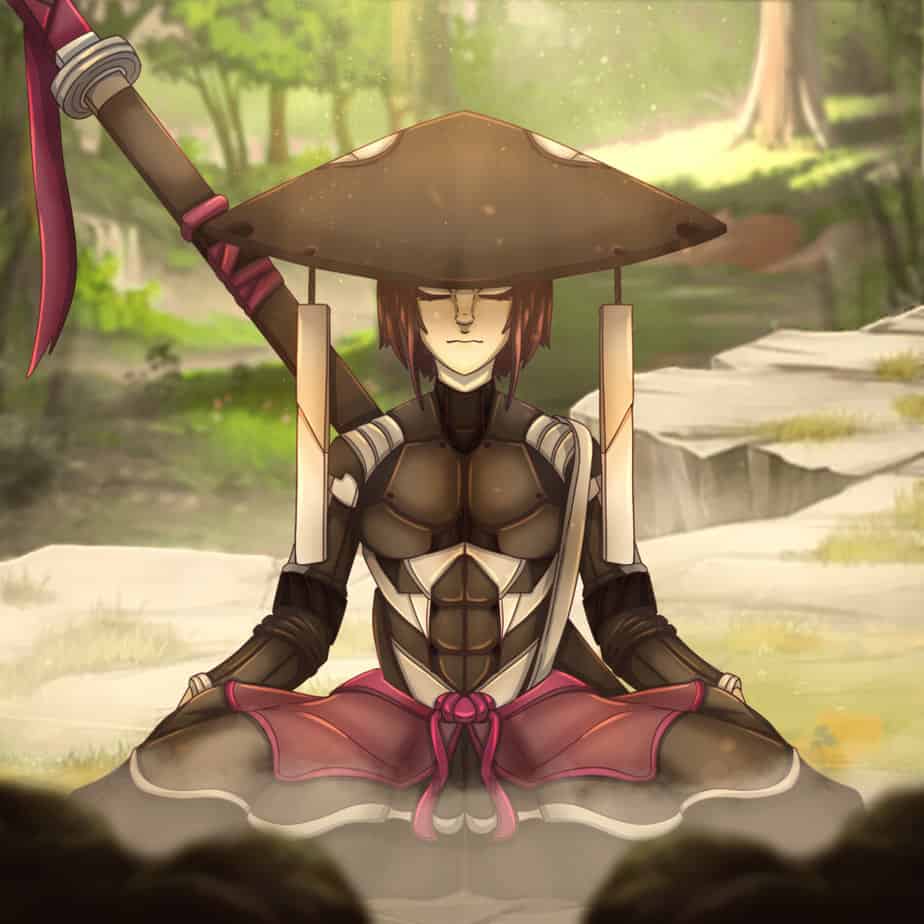 There are numerous ways to meditate, and all of them have one main goal: to help clear your mind so that you can relax and concentrate a lot better. In fact, having a clear mind is imperative for your overall physical and mental health. Samurai meditation is not that new but is unknown to many people, and it’s a great way to gain self-confidence and live life to the fullest. If you’re unfamiliar with meditating like a samurai, but you’re interested in learning more about it, you’ve come to the right place.

Where and How Did Samurai Meditation Begin?

The samurai were elite warriors that became an integral part of Japan’s history, and their most important ability was their martial arts skills and their skill with the sword. Samurais’ remarkable fighting skills are often attributed to their extreme self-discipline and impeccable ethics. They also meditated using certain rules, and the practice became known as samurai zen meditation. This meditation technique was heavily influenced by Zen Buddhism, which swept the nation in the 12th century.

The samurai were influential in ensuring Japan became a strong country because they participated in many different battles until the mid-to-late-1800s, which started the modern era. Today, their meditation method is still used because it is both simple and effective. With samurai meditation, you can enjoy a clear mind and inner calm, and this form of meditation is influenced by Buddhism, which includes the Four Noble Truths. The fourth Noble True is made up of an eightfold path to enlightenment.

The Eightfold Path to Enlightenment

Included in the eight parts of the path to enlightenment are two important aspects: mindfulness and concentration. With samurai zen meditation, concentration on breathing properly is considered vital. If you concentrate on improving your mind and body through meditation, it can lead to much better control and awareness. In short, samurai meditation is meant to help you do four things:

3.       Relieve any anxiety or stress you may be feeling

While these are common goals among people who meditate regularly, keep in mind that every form of meditation is a little bit different. Let’s go into a little more detail about this right now.

The Two Forms of Buddhist Meditation

There are two main forms of Buddhist meditation: Mikkyo meditation and Zazen meditation. With Mikkyo meditation, mantras are used in order to clear out any blockages in the body so that it is easier for energy to flow through it. Zazen meditation, which is a more traditional form of samurai meditation, promotes the development of Mushin. In simple terms, Mushin involves making sure your mind is free of ego, fear, and anger – all things that can cause physical or mental unhappiness.

So, to make it simpler to understand, just remember that samurai zen meditation involves the Zazen method, or more specifically, the Mushin form of Zazen. And if you forget all of this, not to worry because all you really have to remember are the three main aspects of Zazen meditation, which are:

Most of the time, practitioners of samurai meditation start with concentration because without this, you cannot complete the rest of the steps. In simple terms, you’ll be sitting in a comfortable position, sitting up straight, and concentrating on your breathing while at the same time allowing your thoughts to drift through your mind. Today’s mindfulness meditation is very similar, but let’s take a look at all of this in further detail.

The Three Parts of Zazen Meditation

We’ve already gone over the first part of Zazen meditation, the concentration. Once you feel like your mind is concentrating the way it should, you can move on to the next step, which is called koan meditation. The word “koan” refers to a paradoxical riddle that needs deep reflection in order to figure out the answer. In reality, however, there is no actual right or wrong answer. The point of the exercise is to teach practitioners how to abandon reason and figure out their own answers to the riddle.

An example of a koan is: When two hands clap, they make a certain sound. What would it sound like with only one hand clapping? Another example is: Don’t think about good or evil but show your original face the way it was before your mom and dad were born. As you can see, koans are there to help practitioners think of a certain answer that they consider “right.”

The third and final step of Zazen meditation is serene reflection. This stage of samurai meditation requires the practitioner to remain in the present moment, being fully aware of both his or her thoughts and surroundings. It is a good way to settle into a relaxed position and clear your head further so that you can stop meditating and go on your way.

You’ll find that the concentration part of the meditation session usually lasts the longest. Concentrate fully on inhaling and exhaling; you can even count the breaths to keep yourself focused. Let your thoughts drift through your mind without judging yourself. This can be difficult at first, but it’s a very good technique to concentrate on as you meditate. Start with concentrating for five minutes, then increase the amount of time once you get better at it.

One Step at a Time

The way samurai meditation is supposed to work is that you’ll master concentration first, then your koan meditation, and finally, your serene reflection. Once you master all three of them, you can combine one or more of them or simply use one of the techniques each time you meditate. In the end, however, you’ll want to master being perfectly still and having a mind that isn’t thinking about anything. When you can do this without feeling anxious or nervous, you’ll know you’ve mastered this type of meditation.

Samurai meditation is an “all or nothing” type of meditation. It can be intense, but it does a great job of bringing much more self-control over both your body and your mind.

link to Can Meditation Help with Depression?

Meditation can help you tackle depression, stress, and anxiety; the more you practice meditation techniques, the more clearly your neurons relate to additional parts of your body, permitting your...

Continue Reading
link to How Does Meditation Change the Brain?

Meditation is a great way not only to relax but also to keep yourself calmer and feeling more in control. Meditation is good for you physically and emotionally. It can also change your brain. Regular...

The meditation dream has one mission: helping people with stress and anxiety change their lives. To achieve this huge-yet-simple goal, we started teaching meditation and mindfulness to as many people as possible. To improve the health and happiness of the world is our aim. To demystify the mystical, a meditation consultancy began working with people in all spheres of life. It includes students, business leaders, politicians, and athletes.

Meditation dreams bring positivism in you: your Spirituality and Personal Growth Mental Illness Guide. Meditation dream connects soul and science. We provide a 360-degree approach to wellness. We encompass physical, spiritual, personal growth, manifestation, astrology, and numerology. Because we believe that these pillars of health are interconnected.